This week’s topic is nature. Our task was to write about something in nature. Nature is all around us, it is anything that is not man-made. Here are some examples:

I chose to write about the discovery of Saturn.

It is unknown who the first person was who saw Saturn. Saturn is one of the five planets that can be seen without any form of invention. Although it is unknown who first saw Saturn, Galileo first discovered it with his telescope.

Galileo was an astronomer from Italy. He discovered Saturn with his telescope in 1610. He also discovered the rings around Saturn using the same instrument. When he first saw Saturn he saw an oval shaped planet. He believed it had what he called “ears” or spheres on either side. Later it was discovered Saturn had a ring rotating around it. Galileo was also the first to discover Saturn’s moon Titan.

A very interesting website with more facts about Saturn is:

To find out facts about other planets just type fun facts about (then type the name of the planet you are looking for) in the search bar at the top of the site. It will then direct you to the facts about that planet.

I created a Wordle using my information above. Here it is:

This week I decided to add a task for you.

Your task is to create your own planet. Describe what it looks like and when it was discovered. Does it have rings? What colour is it? Is there life on the planet? What is it made from? What is it called? How wide is it?

Please write a comment describing your planet. This is an example of a planet I made up.

The name of my planet is Bedlet, it is green in colour and is 1500 kilometres wide. It has rings made from gas and Bedlet itself is made from rock. There is life on the planet called Sendles. It was discovered by mankind on earth on the 18th November 2015. It looks like a sphere and it is the 10th planet from the sun. It is the 9th if you don’t include dwarf planets.

I hope you enjoy completing my task.


adopt your own virtual pet!

adopt your own virtual pet! 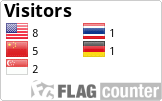